The films chosen and directed by IVR-SYSTEMS are accompanied by natural sounds or relaxing music without commentary, text or subtitles.
No linguistic reference is associated with the content of the film.

The only adaptation to the viewer's culture or language will be at the Blu Ray disc interface. We currently offer a French version but plan menus in several languages in the future.

The filmed subjects are scenes from nature or everyday life. Trees, rivers, beaches, mountains, flowers... Whatever its culture or origin, the patient will find a place to look.

With time, we intend to expand our collection to other horizons to correspond to requests in the hope that everyone can find a little of himself but also by arousing curiosity. We want to take the patient for a walk, give him the opportunity to sit down and watch. It can be in a familiar environment - The banks of the Loire - or a dream place - The Fiji Islands... But wouldn't a patient who has never visited France be happy to be taken to the banks of the Loire?

The images are based on the universal behaviour of contemplation, when the gaze is lost beyond the horizon or on the contrary lingers on a detail of the landscape.

The plans are fixed. If the subject requires movement, it will be a very slow horizontal pan, like turning the head from right to left to contemplate the extent of a landscape.
If we choose to shoot aerial shots by drone, they will be as slow as possible, to try to evoke a bird's view rather than an airplane view. In this case as when using a travelling or a movement by Steadycam, we will opt for the reproduction of a natural, calm, reassuring movement. No rear travelling, therefore, nor spectacular crane movements. 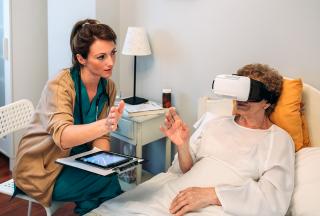 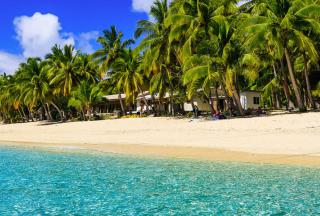 IVR films are accessible to all, regardless of language and cultural…

What about the VR helmet ?